Attack on Titan finale is a war filled with recognition

The anime show nears its end with the second part of the fourth season, with its last episode leaving viewers questioning what’s next. 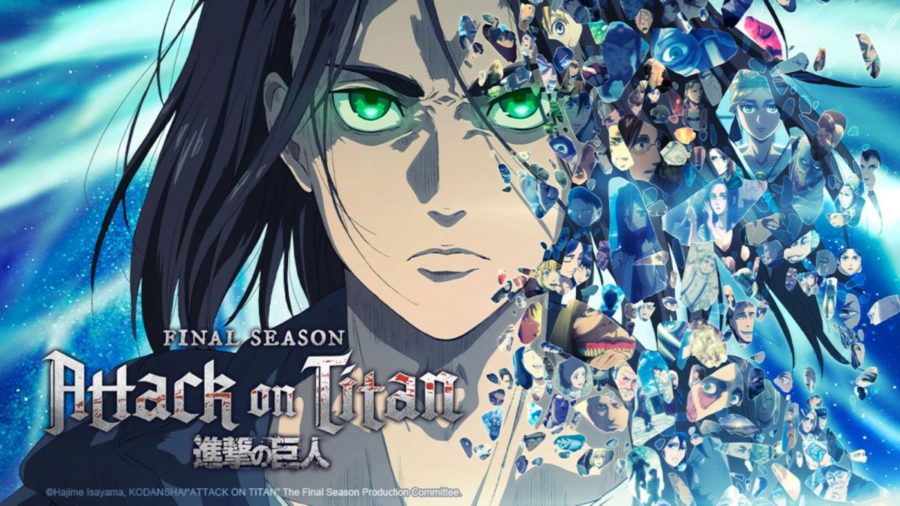 Three friends, bonded by their innocence and care for one another. By the end of their happenings, they are torn apart by loss, secrets and theories.

“Attack on Titan” season four part two episode 12 was released on Sunday, April 3, surprising viewers with its incomplete ending. Though previously planned to end this year, Attack on Titan will be continuing its season four with a third part. This is obviously interpreted as a clout-inducing move from the producers, as it was a last-minute change with a spike of viewership. It seems slightly counterintuitive and disappoints those who have read the manga, since there is not much more to the series. Hopefully, the small remaining portion is not stretched out to produce a longer part. The following contains spoilers.

Season four, titled “The Dawn of Humanity,” centers around the arrival of Eren Jaeger and most of the original members of the Special Operations Squad to the outside world from their titan-riddled Paradis Island. In Marley, they uncover the mystery of where titans originated and how their own Eldian heritage has been cruelly used as weapons for centuries, their “kind” facing several prejudices.

The final episode of season four encapsulated the decisions and reasonings behind Eren Jaeger and his disconnect from his friends and family. This, he believes, is only possible through the complete eradication of all other races, as the world has proven to him that in any lifetime, Eldians will always be discriminated against. It is at this point where Eren’s personality is completely altered from the determined, young child he was portrayed as in the beginning of the series. This character development is the result of generations of abuse, in which he experiences through the Founding Titan’s powers. In this way, his seemingly drastic measures prove only to be a result of trauma and wrongdoings.

In this last season, two twists occurred consecutively that changed everyone’s perspective of Eren, viewers and characters alike. These plot twists were perfectly placed and the surprise matches with Eren’s newfound unpredictable tendencies. He reveals that his goals never changed even though his entire personality did. All he wanted to do was fight and protect his friends, a theme that cleverly seems to parallel both his actions and the tragedies presented throughout the entire anime.

This induces a reflection of friends and enemies, the last stage of a classic, world-destroying war. The episode ends with Eren’s voice resonating throughout the Eldian population, his words in rhythm with the increasing sound of “The Rumbling” approaching. A sense of helplessness is spread throughout the crowd awaiting their doom, as Eren’s new titan comes into frame.

This last episode leaves viewers wondering how much more emotional turmoil the characters will be put through and whether there can be anything done to restore their innocence. The different personalities and reflections presented through this ending perfectly represent the internal desires war brings out of people, and the humanity that can be lost along the way.