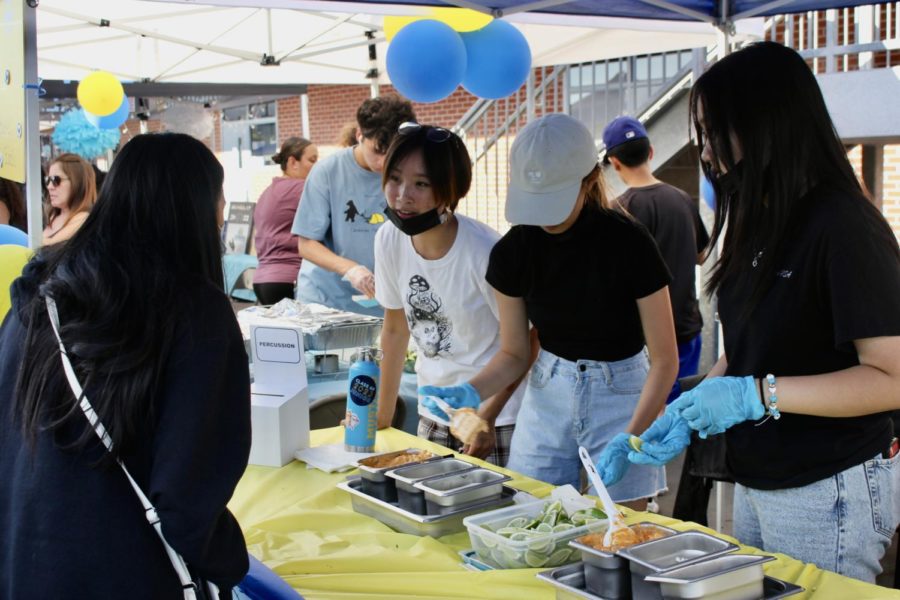 Students in various clubs and sports teams prepared for the Mustang Corral Summer Fest that took place outside of the gym Friday, Aug. 26 from 5-9 p.m.

Most clubs sold food, such as boba, pastries and pretzels. To prepare their booths, students planned the amount of items to buy, making posters and advertising on social media. In addition, there was a game area where some organizations hosted activities, including cup pong and photo booths.

“When people go to the Corral on Friday, most of them won’t really understand the work that went on to set this event up,” Future Business Leaders of America vice president junior Dylan Sham said. “For about a month, we’ve been figuring out how many cups of boba to sell, figuring out shifts for volunteering and just planning things out.”

Attendees purchased tickets to spend on food and games for $1.50 during the presale period. Clubs were then reimbursed by Community Club based on the number of tickets they earned.

“We started preparing [our cup pong game] as soon as we found out about the Mustang Corral. It’s been fun. I’ve been going every week to Ms. Carreno’s room to prepare and set up everything so that we will be able to make money at the Corral,” Health Occupations Students of America public relations officer sophomore Jackie Lin said. “We decided to be involved in fundraising because we’re flying to Sacramento this year for [State Leadership Conference] and it’s going to be expensive.”

This was the first year that the school held a Mustang Corral Summer Fest. Students from Diamond Bar and Rowland High Schools were also invited.

“I’m really excited to see everyone at the Corral having fun. It’s cool that this event gives us an opportunity to fundraise for our club,” Sham said. “Even though we’re volunteering at the Corral, it won’t even feel like work because it will be a lot of fun.”